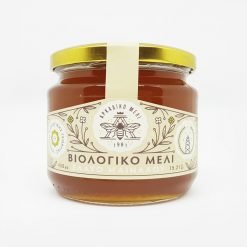 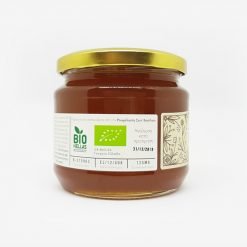 100% Organic Mainalo Fir Honey. It has the lowest sugar content compared to all other honeys and rich nutritional value due to its high content of trace elements.

100% Organic Mainalo Fir Honey. It has the lowest sugar content compared to all other honeys and rich nutritional value due to its high content of trace elements.

CATEGORY : Honeydew (collects the honeydew secretions of the fir tree which are exploitable by the bees)
COLOR : Dark amber-blonde color
TASTE : Mildly sweet taste due to low natural sugars, with hints of caramel
AROMA : Mild fir aroma
CRYSTALLIZATION : Due to its low natural content in sugars, Elato honey  does NOT crystallize  at all and is the only one with this property among the other varieties of honey.

We produce Certified Organic Fir Honey from Mount Mainalo, at an altitude of >1000m. which is dominated by the Kefallinian fir forest.

This honey is not collected from flowers, but from the honeydew produced by microorganisms in the trunk of the fir tree. Our bees collect the honeydew from the fir trees and produce a particularly dense honey with a characteristic reddish color.

We produce the organic honey Elato Mainalo by centrifuging the combs and our honey has not undergone any heat treatment at all. That is why it keeps all its ingredients intact

EXCELLENT TASTE
Exuberant, multi-layered and quirky taste with hints of caramel. Unique in Greece and worldwide

It is characterized by the presence of mineral salts (phosphorus, potassium, calcium, magnesium and iron) in larger quantities compared to other types of honey.
Due to its soft yet rich texture and nutrients, it has beneficial properties for the stomach and is recommended for relieving stomach aches
It has an antiseptic effect on the respiratory system, while it also acts against bad breath
Due to its low sugar content (the lowest compared to other honeys) it is recommended for a balanced diet with low calories and in small doses it can be used by diabetics
Positive action in reducing obesity, speeding up metabolism and covering the feeling of sweetness (serotonin-daily dose of happiness) in the dieter.

Organic Spruce Honey is collected from coccoids & aphids that parasitize the firs of Mainalo and produce honeydew secretions exploitable by bees.

The most important of these is the coccoid Phemicryphus which parasitizes the Capellinian fir which covers large areas in the mountainous areas in Arcadia (Mount Mainalo). 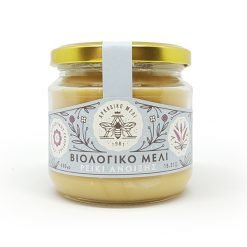 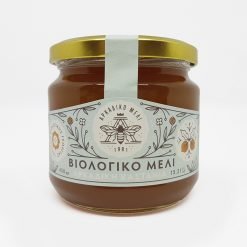 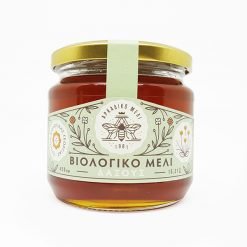 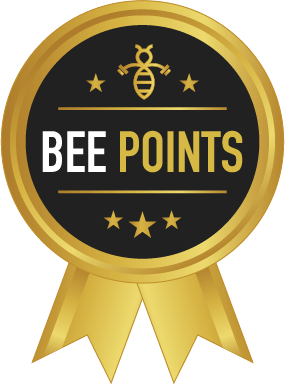